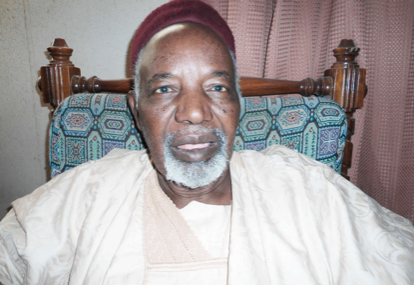 “Balarabe Musa was a voice of the voiceless,” Buhari reacts to politician’s death

President Mohammadu Buhari has reacted to the sudden death of former Governor of Kaduna State (1979-1981).

Musa, during his lifetime was one of the harshest critics of President Mohammadu Buhari and his policies .

In his condolence message, Buhari described late Musa as voice of the voiceless, lamenting that the  late politician would be greatly missed.

The statement reads:” President Muhammadu Buhari joins government and people of Kaduna State in mourning a former civilian governor of the state, Alhaji Balarabe Musa, whose passing will be sorely missed by all Nigerians, who have diligently followed his antecedents as a voice for the voiceless.

“As the former governor goes home, the President affirms that he left a bold footprint on Nigeria’s democracy, and his role in promoting good governance and development will always be remembered and appreciated by posterity.

“President Buhari prays that the almighty God will grant his soul eternal rest, and comfort his family, friends and associates,” the statement added.