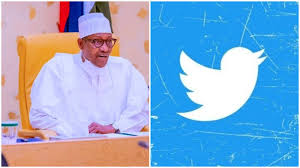 A group known as Youth Rights Campaign (YRC), has described the Federal Government’s lifting of a ban on Twitter, as a strategy to refurbish the image of the ruling All Progressives Congress (APC).

According to the group, it does not indicate that the Buhari regime has shed off its skin of autocracy and repression.

The statement was made by  by Michael Lenin, National Coordinator, and Francis Nwapa, National Secretary, on Tuesday.

The group then called for the release of all political detainees including over 200 EndSARS protesters still in detention.

“After over seven months of criminally denying Nigerians access to Twitter, the regime has finally unbanned access to the social media platform. For us in the Youth Rights Campaign (YRC) this is nothing to be joyous about as it does not indicate that the Buhari regime has shed off its skin of autocracy and repression.

“Rather the reversal of this unpopular ban is on one hand, another gimmick by the failed Buhari led All Progressive Congress (APC) regime to refurbish its tyrannical image ahead of the 2023 general elections and on another hand, a concession to the overwhelming opposition to the ban by vast majority of Nigerians, especially the youth.

“Therefore, the youth and working people should even be more determined in the coming period to continue the struggle against the undemocratic and anti-poor policies of the tyrannical Buhari government.

“While twitter is now unbanned, over 200 young people arrested during the EndSARS protests over one year ago are still in detention. This is aside many political detainees including journalists, bloggers and owners of social media accounts who have either disappeared, been incarcerated or under trial in different parts of the country for simply exercising their democratic rights to freedom of expression. Aside this, the report and recommendations of the Lagos State EndSARS panel viz-a-viz the killings of protesters at Lekki toll gate are yet to be implemented while the Lekki massacre victims are yet to be compensated.

“The YRC hereby call for the release of over 200 EndSARS protesters still in detention across the country as well as freedom for all political detainees including Omoyele Sowore.

“We demand the restoration of the identity cards and other documents of Omoyele Sowore all of which were reportedly deactivated by the government a few days ago in yet another state attack on the activist. We demand full implementation of the Lagos EndSARS panel and reports of similar panels across the country. We also demand the immediate payment of compensation and other reliefs to all victims of state repression including those killed and maimed in Lekki and other parts of the country.

“To be clear, if not for the protest by Nigerians against the undemocratic banning of Twitter, the government would not only have sustained the ban, it could have taken similar steps against other social media platforms while unleashing more attacks on democratic rights. This is because the motive behind the ban of twitter is to deny Nigerians the civic space to organize any form of resistance to anti-poor, capitalist policies of the government,” the statement read.