It said that the President should order the immediate publication of the list of all members of the National Assembly, and any other Nigerian, who were involved in contract scam at the NDDC

The CNPP urged the Interim Management Committee (IMC), of the NDDC to: “never to be cowed by the National Assembly, which has never been conclusive in any probe”.

In a statement issued on by its Secretary General, Chief Willy Ezugwu, while reacting to media report credited to the Executive Director in charge of Projects at the NDDC, Dr. Cairo Ojougboh, who alleged that if the list of those involved in looting the commission is released the country will break, the CNPP demanded for the arrest and prosecution of those involved in the contract scam.

Ezugwu said: “The CNPP has been in series of consultations with critical civil society stakeholders to take a position on the ongoing probe of the NDDC.

“However, it became imperative to call on President Muhammadu Buhari to take seriously the allegation that some members of the National Assembly are plotting to stall the forensic audit ordered by himself.

“It is cheering news to hear that the new NDDC Interim Management Committee, IMC, has resolved to ensure the conclusion of the forensic audit despite the alleged efforts of the National Assembly to muzzle the IMC and frustrate the exercise.

“Having concluded the first leg of the audit the nation awaits the second and final leg. But, before then, we urge President Buhari to order the immediate publication of the list of all members of the National Assembly, and any other Nigerian who have been involved in contract scam at the Niger Delta Development Commission, NDDC.

“Until this is done to put an end to the ongoing cat and mouse game between the National Assembly and the NDDC management, the world will continue to laugh at the mention of anti-corruption war in Nigeria.”

Previous: “Sweep out bad govt that punished you in last four years,” Ize-Iyamu’s wife tells Edo voters
Next: Edo Poll: “Be rugged or else, they will manipulate election,” prophet warns Obaseki 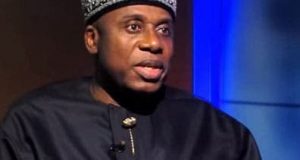 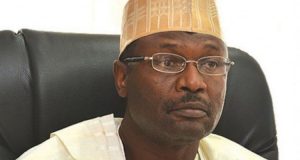