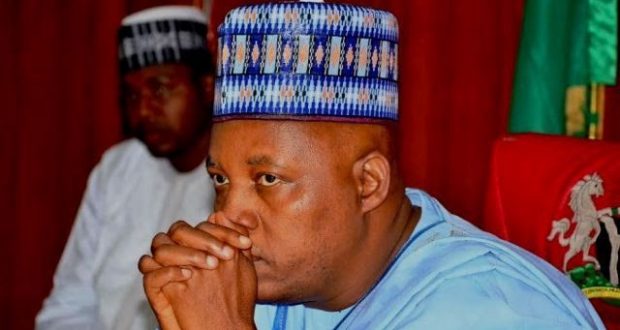 The ruling APC has announced that Governor Kashim Shettima has been appointed as the chairman of its Cross River North Senatorial District Campaign Council for the by-election rescheduled for Dec. 5.

The party’s Deputy National Publicity Secretary, Yekini Nabana, said in a statement issued in Abuja on Sunday that the APC’s Caretaker and Extra-ordinary Convention Planning Committee approved the appointment.

According to him, Stella Oketete will serve as Secretary of the seven-member campaign council which has Festus Keyamo, Goddy Agba, Amb. Anthony Dimo, Alhaji Bala Gwagwarwa and Joshua Akpan, as members.

The campaign council will be inaugurated on Wednesday, Nov. 18 in Abuja.

The legislative by-elections will be conducted in Borno, Cross River, Imo, Lagos, Plateau and Kogi states among others on that day, NAN reports.

INEC fixed Dec. 5 for the 15 pending State and National Assembly by-elections in some states of the federation.

The Commission suspended the polls earlier scheduled to hold on Oct. 31 because of the violence that trailed the #EndSARS protests.