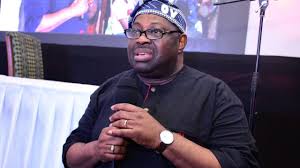 Dele Momodu: I won’t dump PDP if they deny me presidential ticket

One of the aspirants for 2023 presidential election,  Dele Momodu, has said he would not dump the Peoples Democratic Party, PDP, if denied presidential ticket to run in 2023.

It will be recalled that Momodu had declared his intention to run for presidency like the National Leader of the All Progressives Congress, APC, Bola Tinubu and Dave Umahi.

Response on question on uf he would dump the PDP if denied ticket, Momodu, speaking on Channels TV said ‘no’.

He vowed that  that he will support whoever the party decides to choose as its candidate if he loses.

Momodu said: “Presidency is not a do or die for me.

“If I don’t get the presidential ticket in PDP, I’ll support whoever the party decides. But I’m convinced I’ll get it, but the decision belongs to the party.”

According to Momodu , since he publicly declared to run, he has received massive support from many party members.

“I was at our national party headquarters and the excitement was overwhelming for me.

“The excitement from everybody I’ve met from Anambra, Ebonyi and different states after declaring my intention to run is incredible and I’ve not seen anything like it since 1993,” he said.

Previous: Tinubu: It is time for a Yoruba Muslim to rule Nigeria-Islamic group
Next: I am a member of APC faction in Osun- Aregbesola declares