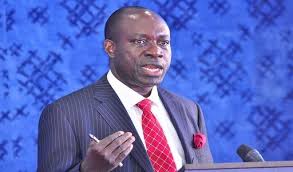 Ikechukwu Tabansi, an All Progressives Grand Alliance (APGA) chieftain in Anambra State says that people should not expect much from Charles Soludo’s first year as governor.

It should be noted that Soludo will be sworn in on March 17.

He added that infrastructure and economic situation might affect Soludo’s programmes and policies.

He noted that the poor state of roads and others were factors that could slow down the speed of the incoming government.

“In spite of building an airport, it was wrong for the present administration to neglect other sectors, especially the roads.

“In addition to fixing the roads, the payment of workers’ salaries, among other compelling needs, will be waiting for him,” he said.

He stated that there were public expectations that the problems would be solved within one year.

He, , said “I don’t expect much because the nation is experiencing economic downturn.”

The party member added that with the people’s support, Soludo, he will perform well in office.