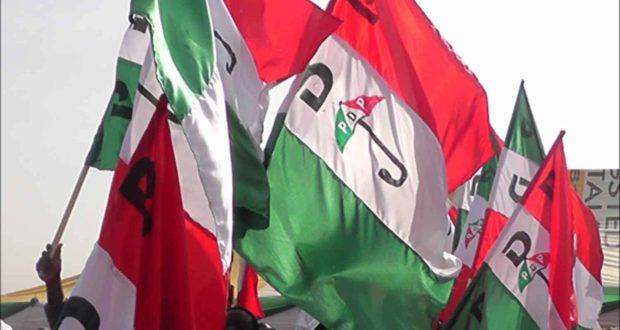 As Edo gubernatorial election is around the corner, the Peoples Democratic Party (PDP), Edo, has decried the high rate of attacks and violence during campaigns by supporters of political parties in the state.

Mr Chris Nehikhare, State Publicity Secretary of the party, made the position of the party known during the party’s weekly media briefing in Benin on Sunday.

Nehikhare said the party was disappointed with the development, adding that those perpetrating violence were doing so to make room for the postponement of the Sept. 19, governorship election in the state.

He called on political parties to engage in issue based campaigns and shun violence and attacks on innocent citizens.

He noted that the Edo people were sophisticated and better informed of development in the state, adding that the state was a peaceful state and must remained peaceful and calm.

He, therefore, called on the people of the state not to be scared as the police were up in their task of arresting and investigating those perpetrating violence in the state.

He also appealed to the people of the state to continue to maintain their peaceful mood, and not to be provoked or intimidated.

He further appreciated the people for their support for the party’s candidate, Gov. Godwin Obaseki, adding that the governor was doing all he was doing for the general good of the people.