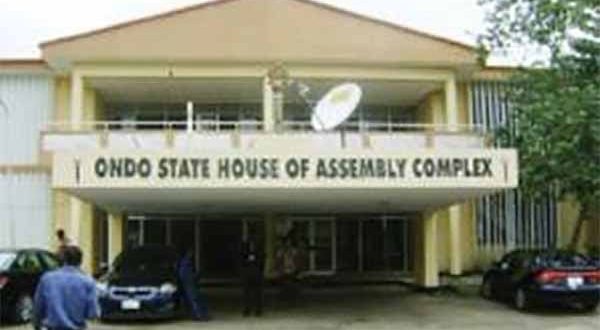 Operatives of the anti-graft agency, the Economics and Financial Crimes Commission (EFCC) have detained the Clerk of the Ondo State House of Assembly, Mr. Bode Aladeyelu

The clerk was detained alongside two other civil servants.

EFCC is investigating alleged fraud in the Assembly involving N2.4million,

It was learnt that the money was released  to enable the Clerk and two others attend a two-day seminar organised by the National Productivity Centre, Lagos.

They were accused of collecting the money and  never attended the seminar.

The Clerk and the two workers were said to have honoured the EFCC invitation, but they were detained at the weekend.

Spokesman for the Assembly Mr. Gbenga Omole refiused to comment on the matter. “I am not answering any question. I am going to address the press tomorrow (today),” he said.