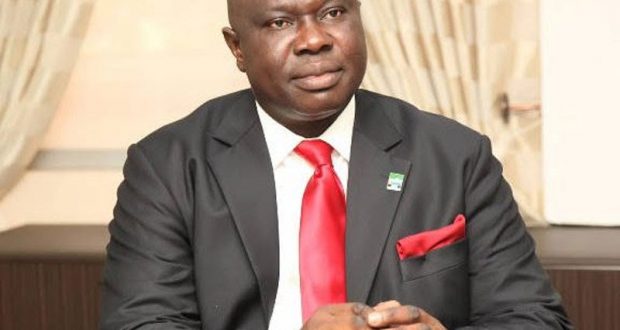 An Economic and Financial Crimes Commission (EFCC) witness has informed a Federal High Court in Lagos that it commenced investigation of a former Lagos State House of Assembly Speaker, Adeyemi Ikuforiji, following a petition accusing him of N500million monthly fraud.

Adebayo Adeniyi, an EFCC investigator, told Justice Mohammed Liman that the probe unearthed some payments received by Ikuforiji, which were above the threshold allowed by the Money Laundering Act.

Ikuforiji is standing trial alongside his former personal assistant, Oyebode Atoyebi, on 54 counts bordering on the offences.

They pleaded not guilty before Justice Mohammed Liman last December 11 and were allowed to continue on a N500 million bail granted them in 2012 when they were first arraigned.

Led in examination by EFCC counsel Mr. Ekene Ihenacho, the witness stated that in June 2011, it received a petition alleging that the first defendant, Ikuforiji, was siphoning N500million monthly from the Lagos House of Assembly.

He said the EFCC then began investigation and visited Lagos State House of Assembly, recovering from the office of the clerk, some documents which were instrumental to their investigation, while the clerk was invited to the commission.

According to the witness, some of the series of cash payments made to the second defendant were above the threshold allowed by the Money Laundering Act.

When prompted to demonstrate portions of such payments, the witness said that in exhibit E, from the transaction of April 30, 2010, N3million was collected by the second defendant on behalf of the first defendant.

Justice Ibrahim Buba of the Federal High Court, Lagos, discharged both men of the same allegations in 2015 on the grounds that they had no case to answer.

But the lower court’s decision was reversed by the Supreme Court, following which Ikuforiji and Atoyebi were last December 11 re-arraigned by the EFCC before Justice Liman