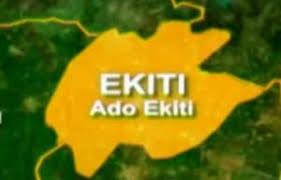 Ekiti chapter of the All Progressive Congress(APC) and some of its stakeholders on Sunday clashed over the outcome of Saturday’s ward congress in the state.

The stakeholders speaking under the auspices of the Southwest Agenda for Asiwaju 2023 (SWAGA), said the exercise was a sheer charade orchestrated by enemies of democracy, adding it lacked the general confidence of all party’s members.

Addressing a press conference in Ado-Ekiti on Sunday, National Chairman, Senator Dayo Adeyeye, called for immediate cancellation of the congress over alleged irregularities in the interest of justice and fair play.

The group stated it was aghast as critical stakeholders in APC to see party an intra-party congress turning violent, leading to death of a committed party member.

It appealed to loyalists of Governor Kayode Fayemi to stop tainting Ekiti’s integrity and portraying them as violent people.

It also accused the Yusuf Galambi-led congress committee of perverting the people’s will, by allegedly hobnobbing with loyalists of the governor, whom he said write the names without election across 177 wards.

Adeyeye said: “The ward congress purportedly took place in Ekiti State. But the manner of its conduct was nothing near all democratic norms as it was warped, disorderly, perversed and can only pass for a charade.

“As witnessed yesterday, the presence of INEC officials was not felt at the congresses. In most of the centres, members of the Tokan-Tokan group took over the INEC job. The presence of the law enforcement agents was also very insignificant. We witnessed a situation where people waited agitatedly from dusk to almost dawn, in a decoy deployed to frustrate voters.

“In places like Ijero, Ado Ekiti and Oye Local councils, extreme violence was visited on people, leading to one death in Ado Ekiti Ward 10. Several people were also wounded and properties destroyed. We have the video clips of some of these heinous incidents.

“We are hereby telling the CECPC, our party members nationwide and indeed, all Nigerians, that there was no congress in Ekiti State yesterday. What happened was a charade that cannot pass the test of democracy and it is totally unacceptable”.

“APC, to us, is one big family. In view of this, internal conflicts should not be allowed to fester; if people are really desirous of our victory in coming polls. I think it is time we bury our arrogance and ego, for the party to thrive”.

On the statement credited to Galambi that the congress was peaceful, Adeyeye said: “How can someone say an election where somebody was killed and property destroyed was a peaceful election.

“We have stretched the hands of fellowship to the Governor and his loyalists, which they rebuffed. It is like the Tokan Tokan people are becoming dictatorial and never wanted peace in APC .

” I believe everybody should be on board by applying the spirit of give and take for us to win the 2022 governorship election.

“How can we win when we are not together? Even when we were together, it was tough for us to win.The victory of APC in 2018 was very narrow.The strength of any politician is the masses . We are going to begin mobilisation now across the state to show the SWAGA strength”.

The former Minister urged the national Secretariat to devise a credible, free and fair mode to conduct a fresh congress that would earn the confidence of all party members.

But APC Director of Media, Elder Sam Oluwalana, in a statement, denied all the allegations, saying every member of the party was allowed to participate in congress.

The party said it was not aware of parallel congress across the 177 wards, saying officials at the ward level were elected through a consensus after extensive consultation with relevant stakeholders and election held where consensus could not be reached.

“In most of the wards across the state, the members and stakeholders of the party chose their leaders by consensus after extensive consultations and came out to affirm their choices at the designated congress venues.

“In other wards where consensus could not be reached, there were free and fair elections in line with the provisions of the party’s constitution.

“There were no instances of parallel congresses anywhere in the state, and the entire exercise was conducted under the supervision of officials of the Independent National Electoral Commission (INEC), and security agencies”.

On the alleged violence that marred the congress, the party said there was no violence before and during the exercise, saying “we will like to state categorically that the exercise was overwhelmingly peaceful across the state”.

“It is incontrovertible that the congress in the ward was peacefully concluded, followed by a celebration.

“Afterwards, there was a disagreement between two individuals around the venue on a matter totally unconnected to the congresses, which led to a fight and the unfortunate demise of one of them.

“We have it on good authority that the incident happened long after the congress had been concluded and was not connected to the conduct nor outcome of the exercise.

“Further, we would like to disabuse the minds of the public on insinuations being peddled about a purported clash between supporters of Governor Kayode Fayemi and supporters of H.E. Asiwaju Bola Tinubu, in the state.

“Our respected national leader is well known to have contributed to the growth of the party in Ekiti State and the entire country, and we as a party are aware of the very cordial relationship between Asiwaju Tinubu and Governor Fayemi.

“Conflict entrepreneurs are advised to look elsewhere for a different narrative to bolster their divisive tendencies, and not fan embers of discord where there is none”, it added.