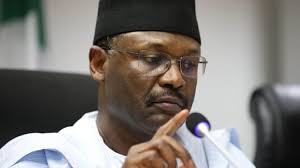 Speaking on BBC News Africa, he said the election results will be transmitted electronically as provided by law.

He dismissed reports that the commission may postpone the polls due to insecurity and attacks on INEC facilities.

On claims he is close to the ruling All Progressives Congress (APC), Yakubu said: “That is just an allegation.

“But look at the kind of elections that we have been conducting of late.

“Different political parties have won different elections and citizens believe that the votes are counting and will continue to count. They have confidence in the process.

“So, my assurance to citizens is that we will continue to do what is necessary to ensure that we protect the integrity of the process.

On the capacity of the commission to transmit election results electronically, Yakubu said: “We did the pilot in August 2020 at Nasarawa State when we conducted a by-election in a state constituency.

“Since then, we piloted the transmission of results in 105 constituencies nationwide, including major governorship elections.

“We did it in Anambra, Ekiti and Osun and the Federal Capital territory.

“Some of them may be small elections in the Nigerian context. But the state with the least number of registered voters in places where we transmitted election results is Ekiti.

“Ekiti has more registered voters than the Gambia and Cape Verde put together.

“So, we are happy with the pilot that we have conducted and we are reasonably confident in the strength of the processes.

“The machine on Election Day does not rely on the internet to accredit voters.

“It works offline. It only needs a network for the transmission of results.

“But if there is no network in the immediate vicinity, the scanned image of the polling unit level results which is taken using the BVAS will be transmitted as soon as the staff move from the polling unit to the collation centres.

“We have been working with the major telecom companies and we are satisfied that the number of blind spots can be addressed.

“The number of blind spots without a network is really small.”

The INEC chairman restated that the February 25 and March 11 elections will not be postponed.

Previous: Wike to Rivers People: Don’t allow anybody to make you second class citizens
Next: Atiku should apologize for messing up as VP- APC