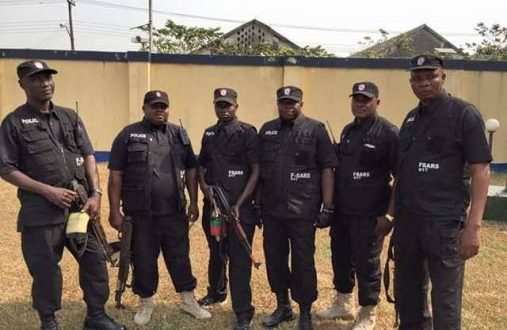 ENDSARS AND THE INCONVENIENT TRUTH – By LAI OMOTOLA

If at the end of this protest we do not get the desired result, then we are most of miserable men, but it will remain a warning shot to the thinkers of this union called Nigeria and an affront to rulers of the present regime. It will amount to pointing a gun at a General and later have a change of mind the consequence will be disastrous see OBJ Vs Atiku.

The SARS have over the years shown crass brutality without limit such that it becomes an understatement to say they got away with murder in fact, murder became a norm and accounted for promotion in rank and money-making machine. They continued wanton killings unabated with no thought of the consequence, today is judgment day that the blood of those they have killed is speaking loud and indeed too loud see Cain Vs Abel.

The question is how did we get here? The Special Anti-Robbery Squad was set up when there was increase in armed robbery across cities. We remember how young persons will steal cars at gun point and also raid homes but sooner there was a change in trend to “Yahoo” there was a decrease in armed robbery and increase in internet fraud that led government to enacting cybercrime act that gave EFCC power to make arrest of internet fraudsters. In the past few years the country has witnessed drastic increase in internet fraud activities the EFCC cells are full with Yahoo boys same with the Courts. The yahoo boys then decided to leave the city and go to remote areas where operations can go on undisturbed. The yahoo buys came to this area by buying houses and coming with luxurious cars. The Police have informants who will go to the nearby police station to inform them of the activities of yahoo boys in the area and of course men of SARS will conduct a raid and in the raid recover a lot of money ordinarily the suspects and the assets are to be handed over to EFCC but instead of handing over to EFCC both parties will enter into a sharing agreement and the police officers became instant millionaires. Over time SARS became a money spinner and junior officers began to lobby Abuja to post them to SARS. When these new officers get to SARS, they are not patient to learn and understand operation of SARS they just move to the street and in desperation begin to harass yahoo look alike and all untoward things are done.

Today, in Nigeria Police Force money is king and money answers all these. Promotion, transfer comes by money and not by merit. The role of money is enshrined deeply and like the Bible says the love of money is the root of all evil. To be a DPO in Lagos, the contest for this single position is among over 200 officers applying for the position in fact top Politicians and Government officials also have candidates. The rot in police can’t be said in one breath but yet the Police still have outstanding Officers well-read even up to PHD level distinguish officers who are unsung, oppressed and even punished for rightness. The Police human capacity continue to decline, an example is in the selection of a new Inspector General of Police where on most occasions’ officers from the position of A.I.G to D.I.G are compulsorily retired to pave way for the new I.G

Yahoo boys created the deadly SARS. It is not common to see a boy of 20 years of age to have bought a house of N100million, drives a car of N50million and spends N2million in club every weekend. These are the suspects that SARS encounter on a daily basis and they continue to increase therefore men of SARS will do everything to be part of bounty. An equation that says an increase in yahoo activities will result to an increase in deadly activities of SARS. The lifestyle of yahoo boys is extravagant and opulence they do not know how to hide money and they move the entertainment industry but their activities are hurting the country. Can the youth demand for #ENDYAHOO with the same zeal for #ENDSARS? Can they ask all celebrities to stop the use of policemen as bodyguards? As a starting point towards the reform of Police.

Leadership has collapsed in Nigeria. The Federal Government is more than ever finding it difficult to end the protest and so eager to end the protest because it has become an irritant. Let us remember that those in government today were also part of various protests during the era of Jonathan and that it was this same youth that repackage and branded Buhari on same social media as a new democrat under a “change” mantra that have gone into oblivion therefore if the youth say their part of the deal have not been kept  the govt. needs to think deeper. Why are the youth still on the street when government claim to have met their “5by5” demands? The truth is that the youth do not trust the leadership and they are yet to find something tangible to hold on to in fact they need a collateral to hold on to in case government should default because the protest is like lending money once you let out the money you can only get the money back in case of default through the collateral.

What is the desired result? Good governance. Good governance is a process to make all institutions work. To achieve this power must return back to the people which means elections must be free and fair. The same youths are used as political thugs with guns, they are also the ones that kills opponents scared a lot of good people away from politics. Some have said the youth should form a political party this sadly will not work. You do not fight a Goliath with his own tools and in his own arena see David Vs Goliath. The only reason the protest is successful is because youth are using tools not familiar with the Federal Government.

Lai Omotola is a Public Affairs Analyst and the Publisher of politico.ng 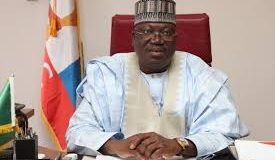