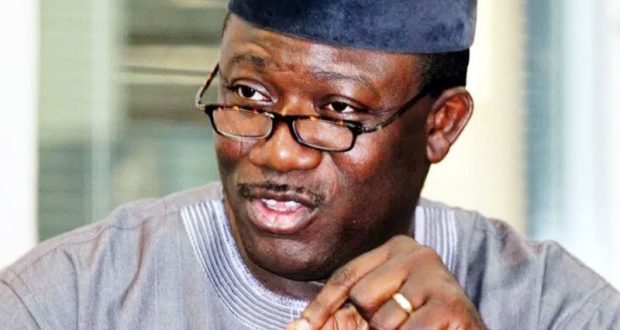 #EndSARS Protest: How PDP planned to cause anarchy in Ekiti- APC

The All Progressives Congress, Ekiti State has lauded the residents of the state for preventing  the Peoples Democratic Party to cause confusion and anarchy in the state under the #EndSARS protest.

Ade Ajayi, spokesperson for the party in a statement said that despite several attempts by a faction of the PDP to incite the people to attack government properties and infrastructure, residents of the state opted to stay on the side of decency, righteousness and justice, resisting all attempts to be used to perpetrate mayhem during the protest.

“The PDP goons masterminded the recent looting and brigandage that attended the peaceful protest staged by the youth in Ekiti State,” he said.

On the allegation that Governor Kayode Fayemi and some of his aides were hosting a killer squad in the Government House, Ajayi said, “The PDP’s style of playing political games is basically factioned according to their whims and caprices, which is to loot and inflict pains on the people they govern.

“If they expect Governor Fayemi to vindictively visit upon them the same acts of repression which they committed against the citizenry while in power, they’ve missed it. There is no doubting that Lere Olayinka and his gang criminally dedicated a section of the Government House as a torture chamber during their time in power, hence they’d imagined that any governor who comes after them would inherit and adopt the same gestapo style. Governor Fayemi is too decent and refined for that.

“Governor Kayode Fayemi does not combat with thugs. He has none and does not believe in raising any. Rather, he combats with intellectual disposition, which he possesses in a large dose. Intellectual disposition is the extent that someone enjoys learning new things, is interested in different ideas, and tends to imagine how things could be different. It is the degree to which someone is analytical, curious and imaginative. If you possess the latter, then you can come to the table to face JKF.”­