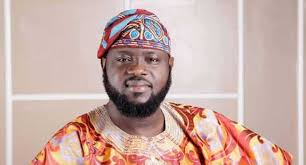 The fraud trial of suspended aide to Ogun Governor Abidemi Rufai, who was indicted for alleged conspiracy, wire fraud and aggravated identity theft, has been postponed to 2022.

A fresh ruling of the court has postponed the commencement of Rufai’s trial by five months.

Rufai was arrested at the JFK airport in New York on May 14 over alleged $350,000 COVID-19 unemployment fraud in the United States.

The Nation had reported the prosecutor submitted 97,000-page materials at the U.S. District for the Western District of Washington at Tacoma, on July 26.

The indictment alleges that Rufai used the stolen identities of more than 100 Washington residents to file fraudulent claims with the Employment Security Department (ESD) for pandemic-related unemployment benefits.

The trial, earlier scheduled to commence on August 31, has now been postponed to February 1, 2022, The Nation reports.

The new trial date is based on agreement between the prosecution and the defence, describing the case as “unusual and complex”.

Judge Benjamin Settle of the U.S. District Court for the Western District of Washington, at Tacoma said pretrial motions “shall be filed no later than December 9, 2021”, and fixed pretrial conference for January 24, 2022 at 10:00 a.m.