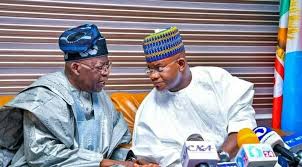 The ruling All Progressives Congress (APC) has debunked widespread report  on the withdrawal of Gov. Yahaya Bello from the campaign team.

The report was dismissed in s statement  issued by Mr Felix Morka, the APC National Publicity Secretary in Abuja.

“The story that Gov. Bello, a member of the APC Presidential Campaign Council (PCC) has tactically withdrawn support for our presidential candidate Bola Tinubu, is maliciously false and a figment of the imagination of its author and sponsors.

“Gov. Bello who serves as the National Youth Co-ordinator of the Tinubu-Shettima Presidential Campaign Council, is a solid, resourceful and committed campaigner for our party’s candidate.

“He is leading a massively successful outreach to youth voters across the country,” the APC spokesman said.

According to him, the report ostensibly intended to float an imagined rift between Bello and James Faleke, Secretary APC PCC was the desperate and disgraceful conjecture of opposition elements unsettled by APC giant campaign strides.

The APC official called on  the party’s compatriots and Nigerians generally to disregard the fake news.

It was gathered that  the Kogi Commissioner for Information and the Director of Media and Publicity, Kogi APC Campaign Council, Kingsley Fanwo, tagged the report as one done in bad faith.

”The story was spurious, malicious and a badly delivered hatchet job,” he said.

Fanwo, however, assured the public that Bello’s commitment to the campaign was not in doubt among committed stakeholders of the APC at all levels.

“GYB is constantly on the drawing board, galvanising Kogites and youths across Nigeria to massively support the man he calls the President-in-Waiting, Sen. Tinubu.

“This will not go down well with open and veiled detractors of our presidential candidate, who would go to any length to paint a picture of crisis where there is absolutely none.

“Aside from winning and sustaining the support of the majority of Nigerian youths for Asiwaju Bola Tinubu, Gov. Bello has effectively mobilised the people of Kogi to deliver not less than 95 per cent of Kogi votes to the presidential candidate of our party.