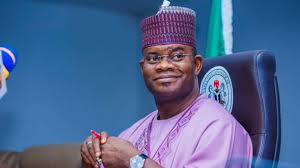 It was learnt that until his sack, Olorunfemi had been on suspension.

His finall removal follows the recommendation by Kogi State House of Assembly to the governor.

The Assembly had investigated some allegations leveled against Olorunfemi in a petition.

He was sacked for gross misconduct.

The Governor has approved the appointment of George Funsho Ojo as the new Commissioner of Kogi State Independent Electoral Commission from Kabba/Bunu.

Previous: NEF says it regrets supporting Buhari in 2015
Next: APC lashes out PDP for asking Emefiele to resign