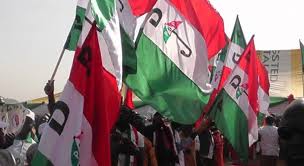 In preparation of gubernatorial election, the governorship primary election of the Peoples Democratic Party (PDP) for Osun State is to hold on March 7, ahead of its governorship election slated for June 16, 2022.

The announcement was made by the party’s National Organizing Secretary, Umar M. Bature, while releasing the activities lined up for the governorship election in the state.

According to him, “The National Working Committee (NWC) of our great party, the PDP at its 544th meeting Wednesday, the 26th of January, 2022, after a careful consideration, approved the Osun State Screening Committee and Appeal Panel reports, which cleared all the six gubernatorial aspirants.”

He added that all cleared aspirants are to note that the Osun State stakeholders’ meeting with the NWC would hold in Abuja on Tuesday, February 1, 2022.

It was learnt that the party’s National Organizing Secretary stated that the National Working Committee (NWC) of the PDP has constituted the Gubernatorial Appeal Panel to consider appeals arising from the conduct of the governorship primary election for the upcoming 2022 governorship election in Ekiti State.

He announced that a 25-member Appeal Panel is scheduled to sit Friday (today) at the party’s national secretariat in Abuja.

He said members of the Appeal Panel would be chaired by the PDP National Chairman, Dr Iyorchia Ayu.