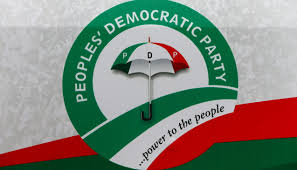 A top stalwart of the opposition Peoples Democratic Party (PDP) in Osun State, Dotun Babayemi has assured that the party will form the next government in the State.

He called on all eligible voters in the State to treasure their Permanent Voters’ Cards (PVC) and use it to affect the desired positive change in the State leadership in the July election.

It should be noted that Dotun Babayemi, is a gubernatorial aspirant under the party,

He made this remark the Osun PDP gubernatorial aspirants screening, which was held Wednesday at the PDP National Secretariat, Abuja.

According to him, when the party comes to power in late 2022, it will focus on moving the State forward, especially in the area of industrialisation, youth engagement, education, agriculture, and health services.

In his words, “I am confident that the party’s screening committee will be diligent in the assignment given to it before reporting back to the National Working Committee of the party.

“I trust in the party’s leadership at the national, zonal and State levels and the elders’ caucus in Osun State who are genuinely concerned about the welfare of the masses to make the right choice.