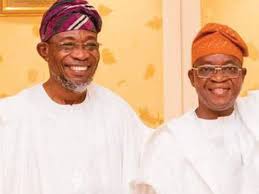 I am not quarrelling with gov Oyetola- Aregbesola

Minister of Interior Rauf Aregbesola has refuted speculations that there is a rift between him and Osun State Governor Adegboyega Oyetola.

Aregbesola, who served as the state’s governor for two terms before handing over to Oyetola in 2018, said he is not quarrelling with anybody.

The minister, answering questions from reporters in his hometown, Ilesha, at the weekend, said he was away from the state so that he could allow the Oyetola administration to settle down and be focused.

He said he is back in the state to strengthen the ruling All Progressives Congress (APC) and make it more relevant, adding that he will engage people to make the party grow, The Nation reports.