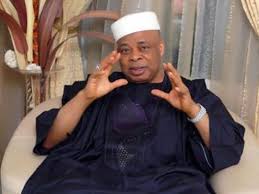 I am sure APC will take over entire South East- Nnamani

Former Senate President, Ken Nnamani has boasted that the All Progressives Congress (APC) will takeover South-East states by 2023.

He said this in Enugu on Thursday during the APC South-East Zonal Stakeholders meeting.

Nnamani warned those frustrating the party’s efforts to win positions, and portraying it APC as anti-Igbo to desist.

The former lawmaker said the APC had the capacity to dethrone the People’s Democratic Party (PDP) and the All Progressives Grand Alliance (APGA).

He accused Nwoye of swearing-in ward executives without approval of the Electoral Committee.

Ebonyi Governor, David Umahi also boasted that the APC would be in charge of all Government Houses in the South-East after the general elections.

Umahi said the victory run will start with the November 6 gubernatorial election in Anambra. The party’s candidate is Senator Andy Uba.