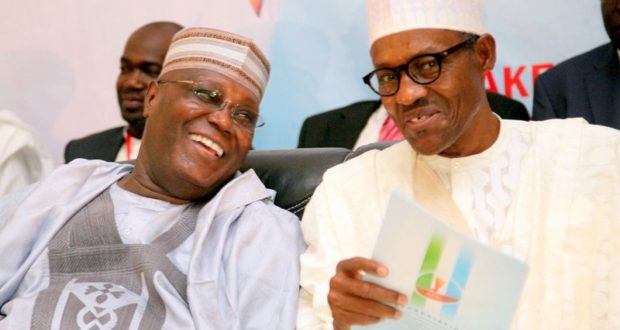 I will probe Buhari if I become President in 2019, says Atiku

A former Vice President, Atiku Abubakar, has said one of the reasons he parted ways with his former party, the All Progressive Congress (APC), was the inability of Muhammadu Buhari, the President of Nigeria to address the negative manner in which the party was being run.

Abubakar stated this on Saturday in an interview with BBC Hausa Good Morning programme.

“After 2015 general election, I met the president. I told him the activities of the party have been crippled and there is a need for restructure. Also I advised the president on issues concerning his administration. I said to him, if things continued like this, I will quit but MBuhari turned deaf ears and remained mum,” he said.

When asked how he would battle corruption if elected in 2019, the presidential candidate said: “If Nigerians can recall, we initiated the Economic and Financial (Crimes) Commission (EFCC). I’m the person that sourced for the takeoff funds for the EFCC.

“In this administration (Buhari’s), there are people that are untouchable, they are doing things that are not in order but they are being shielded by the government. If elected Nigeria’s president, my administration will not spare any personality. When I was in (at) the helm (of affairs), none of my relatives or friends were found wanting.”

Atiku, however, commended the present administration on security in the North-east but decried that the war is getting too long.

“If elected Nigeria’s president, 40 percent of my cabinet ministers will be youths,” Atiku added.

On the feud between the Nigerian government and Intel’s Nigeria Limited, in which he has a stake, Atiku said he was not part of Intel’s management so cannot be bothered.

“When they (Intels) got the contract, they signed an agreement with the government that the money (profit) should be shared into three. One part of the money will be given to Nigerian Ports Authority (NPA), another part is meant to service bank loans while the remaining is for Intels. But when this administration came, they said all the money must be deposited in the Single Treasury Account (Treasury Single Account). That was where the issues began,” Abubakar said.

Previous: INEC reacts to low turn out experienced during Melaye recall exercise
Next: Be battle ready to sack Buhari in 2019, Obasanjo tells Nigerians