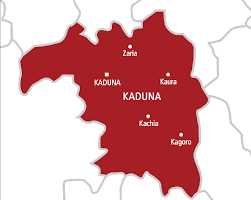 It has been gathered that Local government Returning Officer of Jaba Local Government council election has reportedly run away with  the original results sheet before the conclusion of the election.

The intimation was made to the public by the member representing Jaba Constituency in the Kaduna State House of Assembly, Hon Samson Monday Dikko.

He added that  all efforts made to reach the Returning officer of Nok Ward who allegedly absconded with the three results sheets proved abortive.

He said, “The results of the 10 Wards that make up Jaba have not been collated, compiled for announcement.”

He further explained that the Returning Officers of Daddu and Chori confirmed that they gave one Mr. Douglas Sabo the results sheet, which he absconded with.

The lawmaker said all the electorates are presently at the SIECOM office in Jaba waiting for the newly assigned Local Government Returning Officer.

When contacted, the Public Relations Officer of the State Independent Electoral Commission, said the result for Jaba Local Government Area has already been brought to the commission, but that the commission will still have to cross check the result with the one on their servers before addressing the press.

Previous: State of the Nation: former SGF, Olu Falae laments situation under Buhari
Next: Why PDP will surely overcome its numerous challenges- Chieftain