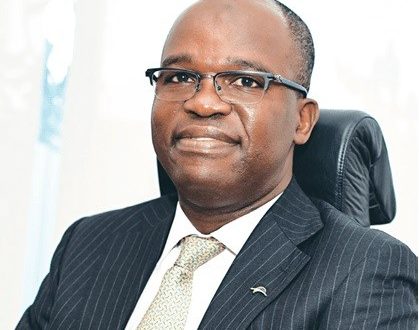 Abiru, made the promise on Wednesday at a meeting with party leaders, community leaders and residents of Ibeju-Lekki.

According to him, fiscal federalism is indispensable to national progress, it will empower the states and promote even development across the country.

“I will team up with other lawmakers to ensure fiscal federalism in Nigeria.

“As federating units, our states cannot be viable with the current fiscal structure.

“There is need for review within the ambit of the existing legal framework to institutionalise fiscal federalism with a view to encouraging healthy competition among states, and to promote even development.

“With the ongoing constitutional review, I will exploit this window of opportunity to push for a new fiscal federalism regime,” he said.

Abiru also said he would work with other federal lawmakers from Lagos State to secure a special status for the state, if elected.

According to him, Lagos is facing enormous pressure, being a former Federal Capital, saying that special status would ensure that more attention is given to the state from the centre.

He said one of his priorities would be to work toward promoting ease of doing business in the state and the senatorial district.

Abiru described Ibeju-Lekki as a hub of business and industrial activities, adding that he would work to promote the prosperity of the area and other communities.

The APC senatorial candidate said he would make the welfare of people one of his priorities through empowerment programmes and other interventions.

“My total focus will be on the welfare of my constituents in Lagos East and Lagos at large.

“If and when elected, I will use my good office, my energy and resources to promote the welfare and wellbeing of people of my constituency,” he said.

Abiru also said he had ascertained the bad state of Ikorodu-Epe Expressway, promising to work with others to ensure the fixing of the road when elected to the Senate.

He said Lekki-Epe-Eti-Osa Expressway was strategic to movement of people and consignments, promising to work for the reconstruction of the road.

Abiru thanked the party members for choosing him as the APC standard-bearer for the election, promising that he would not take their support for granted.

While thanking the National Leader of the party, Asiwaju Bola Tinubu and other leaders for the confidence reposed in him, the candidate said he would be guided by the values of the party at the Upper Chamber.

He appealed to party members and residents of Lagos East Senatorial District to vote en masse for him and APC on Oct. 31.

Abiru said he would bring the same zeal he used to strengthen Polaris Bank as its Chief Executive Officer to the senate.

Olusanya urged people in the district to come out en masse and vote for the APC and its candidate on election day.

He urged people of Ibeju-Lekki to, at least deliver 50,000 votes for Abiru to ensure victory in the area.

Also, a party leader in Ibeju-Lekki, Alhaji Tunde Ishak, urged people of the area to come out on the election day en masse to vote for Abiru.

“We should all go out in our large number to vote for our able candidate, Mr Tokunbo Abiru.

“We should prove with our voters’ cards that Ibeju-Lekki is fully for APC and Abiru on that day,” he said. 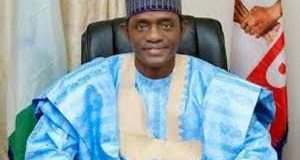 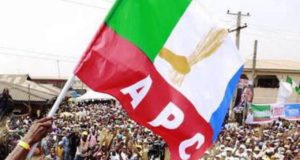 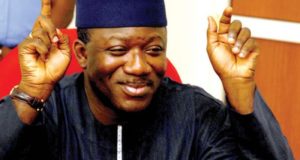