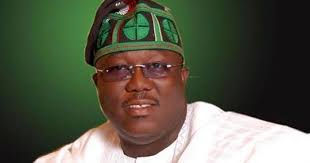 The Lagos State Chapter of the Peoples Democratic Party (PDP) says it has suspended  its chairman, Mr. Adedeji Doherty.

The announcement was made at a news conference by Mr. Muiz Shodipe, the state party executive

.According to Shodipe, Doherty has been found guilty of causing disunity in the party and was also found wanting as regards financial management.

He also accuses him of denting the image of the opposition party as he always makes wrong pronouncement.

He also accuses him of demanding loyalty for himself as if the party were his personal property.

“The chairman lacks transparency in management and accountability of the party finances and administration.

“Since assuming office as the state chairman in the past one year, Doherty has failed to, at least, convene just one state assembly meeting.

Doherty was also accused of causing schism and would not carry along those that disagree with him.