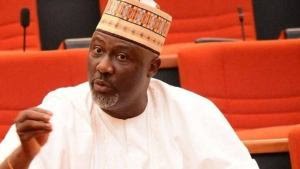 A former Senator, Dino Melaye, has picked jokes in the Federal Government’s decision to donate N25bn to Nigerian youths to invest in business.

Melaye said the decision was hasty and lacked an indepth analytical framework.

In a post on his Facebook page, the former lawmaker said the money would be used for feeding due to corruption and what he termed chronic infrastructure.

According to Melaye: “The 25b naira donation to Nigerian Youth by the Federal Government to grow business is hasty, spontaneous and lacks in-depth analytical framework for capacity building.

“With poor infrastructure and chronic corruption the money will be used to feed. The Government must be sincere with the people. SDM”

Recall that the Minister of Finance, Zainab Ahmed, had disclosed that the Federal Government had created a N25bn Youth Fund as part of efforts to address the EndSARS protests and other related youth restiveness across the country.

Ahmed had disclosed this during a stakeholders’ meeting with the Deputy Governor of Kaduna State, Dr Hadiza Balarabe, in Kaduna, over the weekend

Previous: US 2020: Trump vows to head to Supreme Court
Next: How El-Rufai, Fayemi used restructuring to deceive Nigerians in voting for Buhari- Don