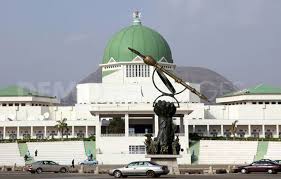 NASS may soon have power to summon President

The Bill to empower the National Assembly to summon the President on Tuesday passed through second reading in the House of Representatives.

The Bill also seeks to give the States Houses of Assembly powers to summon their respective governors.

Speaking on why he sponsored the Bill, Sergious Ogun (PDP, Esan NorthEast/Esan SouthEast federal constituency of Edo State) said the bill is about ensuring accountability.

He made reference to  the controversy that trailed the summoning of President Muhamadu Buhari in November last year and the response given by the Attorney General Abubakar Malami.

It will be recalled that Malami h argued that the House of Representatives lacks the power to summon the President.

Acccording to Ogun,  the bill seeks to amend sections 67 and 107 of the 1999 Constitution.

“The bill seeks to amend the principal Act by inserting a new subsection 3 which will read:

He explained that “what this bill intends to do is that if we have powers to make laws for the federation, and for which we appropriate for, we should also have powers to invite or summon the President.”