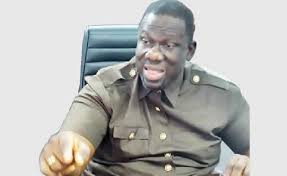 Nigeria Not Yet a Failed State, Despite Numerous Challenges- Lai Omotola, Convener, PNG

The Convener of the Pro-Nigeria Group, PNG, Lai Omotola, has said that the situation in Nigeria has not metamorphosed into a situation where it can be categorized as a ‘failed state’ despite the fact that the country is passing through murky waters of many challenges.

Omotola, who is also the Chairman of the Center for Institutions Reform in Nigeria, said that Nigeria is moving towards becoming a failed state, noting that a country can be described as a failed state if all the systems of such a country have totally collapsed.

He made this remark on Wednesday while featuring in a programme on Silverbird Television with the title ‘Peace Building and Good Governance’. The highpoint of the discourse is whether the enormous challenges bedevilling Nigeria have made the country a failed state or not.

According to Omotola, Nigeria can not be categorized as a failed state, but is moving towards it. He added that many sectors in Nigeria are degrading but have not collapsed.

Giving more explanations to buttress his point, he said that the phrase ‘failed state’ is not grammar or emotional statement, but a terminology used by economists, stating that if Nigeria has collapsed, it means that the Central Bank of Nigeria, CBN, too, has collapsed.

According to him, the CBN and other critical agencies would have ceased to function if the country had collapsed.

“Take, for instance, if the nation has failed, then the CBN too has failed. In the midst of the numerous challenges the nation is facing, the CBN still has the ability to regulate  monetary activities. Nigeria still has reserves. Nobody is happy in Nigeria with the way things are going, including me, but the country has not gotten to the extent of being called a ‘failed state’. If the country was a failed state, the foreign exchange rate should have been higher. than it is now,’ he added.

When asked about the reason why most of the sectors in Nigeria are not working, Omotola said that there is a wide difference between a failed state and a failed government, saying that the government is failing and obviously things are getting worse, but not yet a failed state.

Speaking on the nexus between leadership and followership, he said that Nigeria should be able to analyze situations so as to fight the real fight, which is the fight of the ballot.

On institutional reform, he said that the Independent National Electoral Commission, INEC, and the judiciary must truly be independent. He also said that the way in which the Inspector General of Police is appointed should be reviewed so as to ensure efficiency.

He said: “The judiciary must be truly independent, because when everybody knows that they can not bribe  the judiciary, they will behave normally. The politicians will know that if they are corrupt, the judge will jall them without fear or favour.

” Secondly, INEC should be truly independent. One of the problems in the country is the inability of the body to function effectively. I also want to point out that state electoral commissions should be scrapped. INEC should organise elections from ward to the Presidency, “he added.

Previous: Court removes Buni as Acting APC Chairman
Next: Impacts of my projects will be felt long after leaving office- Buhari