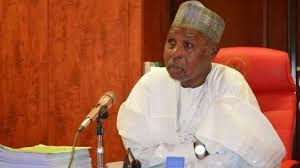 No political party has done better than APC- Gov Masari

According to him, such critics fail to see other achievements President Muhammadu Buhari’s administration has recorded, despite the security challenges currently facing the country.

The Governor said this in his office in Katsina while hosting a pro-APC group, Progressive Consolidation Group (PCG), which is canvassing support for Vice-President Yemi Osibanjo to succeed President Buhari in 2023.

He advised party members to promote the achievements APC has recorded to checkmate the attacks against Buhari’s government.

He said: “No party has done better than the APC, despite the present security challenges, including Boko Haram, which previously seized 27 local government areas. But has none today. We thank God.

“There has been tremendous improvement, though we are not there yet. But we are making progress. I believe within these six years, we have made history, ensuring stable economy, increased revenue, regular payment of salaries and other liabilities and budget supports to state governments to pay gratuities.

“There are many things APC members should take out to the critics and ensure they see Nigeria in the right perspective. We need to market APC more to counter the bashing about insecurity. Yes, we have insecurity. Yet, we don’t have any local government under the grip of the rogues.

“First, market APC for 2023; then, who benefits comes second. APC has to be strong enough to win elections before clamouring about who takes what position.”

PCG Leader Ahmed Mohammed said membership of the group cuts across all parts of the country,