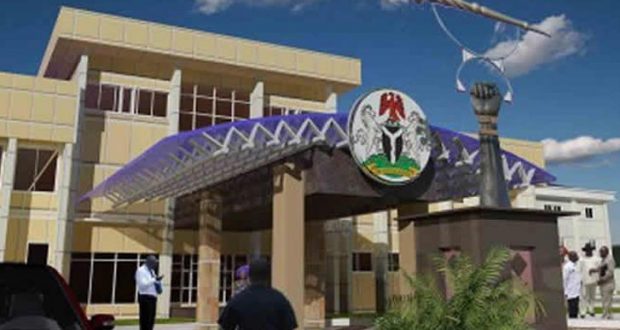 None of our members defected to APC in Ebonyi Assembly- Speaker

The Ebonyi House of Assembly on Monday has dismissed online reports, saying that her members defected massively Nomto the All Progressives Congress (APC).

Mr Francis Nwifuru, Speaker of the Assembly debunked the reports while briefing newsmen in the presence of over 20 out of 24-member Peoples Democratic Party dominated assembly.

Nwifuru said that the report linking Gov. David Umahi with defection to the APC had nothing to do with the house members, as they were all elected under the PDP and remained grateful to the party.

“The governor has the right to join any party so also I as the speaker and other house members, so we are not bothered about such talks now.

“We convened this meeting to mandate the national leadership of the PDP to zone its 2023 general election presidential ticket to the South-East zone or face dire consequences.

“At the expiration of the seven-day ultimatum and the PDP national executive committee does not heed our demands, there are several options to explore other than defection,” he said.

The speaker said that Mr Chinedu Ogah (APC-Ikwo/ Ezza South Federal Constituency) who announced on Oct.17, that Umahi will be defecting to the APC has not discussed defection issues with any house member.

“Ogah is not a member of the house or chairman of any political party as the issue of defection does not concern the house.

“The house is only agitating that having supported and voted massively for all PDP presidential candidates since 1999, the party should zone its presidential ticket to the South-East zone,” he said.

He said that zoning the presidency to the South-East will promote equity, fairness and unity of the nation as there are capable personalities from the zone who can steer the affairs of the country.

“The South-East has worked assiduously for the growth and sustainability of the PDP since 1999 and we will definitely take drastic actions if this demand is not granted by the party,” he said

Previous: APC group warns #EndSARS protesters not to constitute nuisance
Next: We are very proud of Gov Sanwo-Olu’s achievements so far- Lagos APC