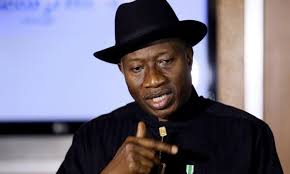 Nwodo to Jonathan: You will lose your integrity if you decamp to APC

Ex- National Chairman of the Peoples Democratic Party, PDP, Okwesilieze Nwodo, has warned ex-President Goodluck Jonathan not to defect to theAll Progressives Congress, APC, ahead of the 2023 presidential election.

According to him, Jonathan would lose his integrity if he defects to the APC and takes up their presidential ticket for 2023.

Speaking on Arise News’ The Morning Show, the former Enugu governor said joining the APC will spell doom for Jonathan, considering his achievements and good records in politics.

He said: “My advice to Jonathan is that no matter how much he is being wooed to join APC, whatever is left of his integrity as a former president of Nigeria would disappear the day he joins APC.

“This is my personal advice because no group of people has been so virulent in destroying him as a person and former president than APC, so what is he looking for there?

“Does he think he can reverse the pits Nigeria has fallen into by joining APC? I don’t think so. If he goes there, he would have to pamper them with what they are comfortable with.”

This is coming when the Leader Of INRI Evangelical Spiritual Church, Primate Elijah Ayodele, also warned Jonathan against defecting to APC ahead of the 2023 presidential election.

Previous: Why Malami will become the next gov of Kebbi- Top APC chieftain
Next: Kaduna LG Poll: Details of election marred with irregularities, politickings