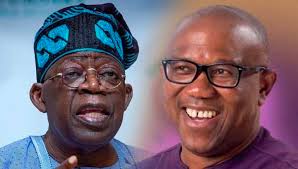 Obi’s Camp to Tinubu: Nobody will become President through fake packaging

It should be noted that Alake is the Director of Strategy and Communication of the Bola Ahmed Tinubu Campaign Presidential Council working for the former Governor of Lagos State.

It will be recalled that Alake had declared that Obi’s achievements were way less than Tinubu’s.

Reacting, Obi’s media office had noted that Alake is among those who believe Nigeria begins and ends in Lagos alone without looking at other states.

The camp said.“Obi’s records won him numerous awards, including “Governor of the Decade, while Alake’s paymaster ruled Lagos State”, a statement reads.

According to the statement, major thing to  remember about Tinubu “is his huge internal revenue harnessing which has boosted one Bourdillon family’s income”.

It added back  Alake should not have celebrated Asiwaju’s role in the democracy struggle because of many revelations.

“It was revealed that he lobbied to be made a Minister in late Sani Abacha’s government and only joined NADECO after he was rejected by the juntas.

“Obi is highly verifiable, but Alake’s man is not; Obi has an origin; Alake’s has none; Obi has educational credentials; his counterpart has affidavits,” he said.

The group added that the former Governor of Anambra is ready to face the challenge of leading Nigeria, while “the other candidate acts by proxy.

“Alake’s man says it’s his turn to rule Nigeria, Obi says it’s the turn of Nigerians to take back their country.”

“Let Alake’s man enter the stage and sell himself. Never again will anybody become Nigeria’s President through fake and unsubstantiated packaging”, it concluded.

Previous: APC says there is no rift between Tinubu and Adamu
Next: 2023 Presidency: Atiku mulls government of national unity