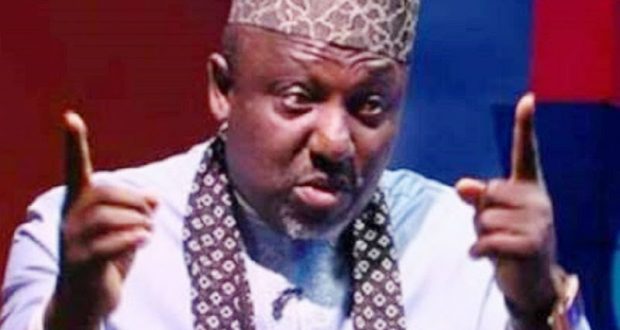 Okorocha to Buhari: Your Ministers, aides have failed, sack all of them

Ex-governor of Imo State, Rochas Okorocha says it has become necessary for President Muhammadu Buhari to sack  all his Minister’s and aides he appointed.

Acccording to him, all the political appointees in his government  have failed to perform their duties

The Senator said this on Wednesday during  his condolence visit to Governor Abdullahi Sule and the family of the late Nasarawa State Chairman, Mr. Phillip Tatari Shekwo who was killed by some gunmen recently.

According, to him, “President Muhammadu Buhari should fire the people he hired to work for the country, because they have failed and are not performing in the national assignments assigned them.

“He should do the needful to save the nation from the insult on the leaders. The people are angry with the recent events in the country.

“The culprits who killed people in Borno, the people in Nasarawa and other parts of the country should be arrested and prosecuted. As the killing of people by gunmen should not happen again as it is an insult to the country.

“President Buhari should hire competent hands to develop the country as many countries suffered similar fate before the experience growth and development,” Okorocha said.

Previous: Why I dumped PDP for APC- Top South East politician
Next: PDP remains Nigeria’s only hope of survival- Saraki