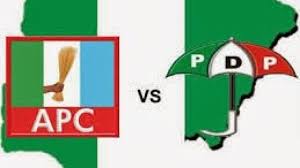 Kano State Chapter of the Peoples Democratic Party (PDP), has alerted all the security agencies on the alleged violent statement made by the Kano State All Progressives Congress (APC), Abdullahi Abbas.

In the remark of Chairman of PDP in Kano, Shehu Wada Sagagi, he urged the security agencies, the judiciary and the independent National Electoral Commission, INEC to note the weighty statement made by APC that  they would rig the 2023 general elections in the state.

The new Caretaker Chairman of APC in Kano  had allegedly said that the would “rig” the 2023 general elections and nothing will happen.

Previous: I will rather be a ‘bus conductor’ than defecting to APC- Abia gov
Next: Abiru reacts as a key chieftain of APC in Lagos dies