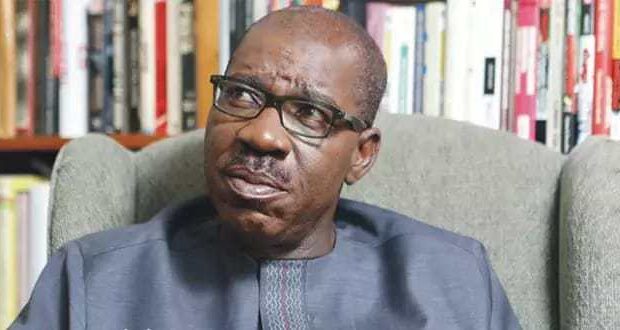 Its chairman, Dan Orbih, said this at the party’s “Meet the People Tour,” in Estako East area of the state.

Orbih alleged that Obaseki has wasted the state’s lean resources by travelling to the countries, since he took office, in 2016.

He also alleged that the Memorandum of Understanding the governor had signed with these countries could not lift the people of the state.

“Instead of the governor to sit down and work,” Orbih noted, “he is travelling around the world to sign MoU.”

“Obaseki needs medical attention. He has spent tax payers money to travel to 72 countries. All these visits are about MoU and the MoUs have not put food on our table.”