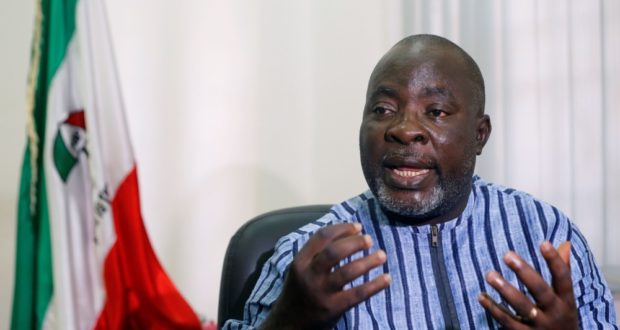 The Peoples Democratic Party has asked security agencies to curb what is called security threats by factions of All Progressive Congress, APC in Rivers.

It urged the Inspector General of Police, Mohammed Adamu, and the Director General of the Department of State Services, Yusuf Magaji Bichi, to prevent a breakdown of law and order in Rivers State.

The party urged the security chiefs to take decisive actions against threats by feuding factions in the All Progressives Congress to unleash terror in the state.

In a statement by its spokesperson, Kola Ologbondiyan, on Monday, the party expressed concerns that despite open threats by an APC gang, the security agencies had yet to take any action to stop them from using the state as a battleground for their violent tussle.

The statement read in part, “It is also instructive to note that the failure of the security agencies to pull in members of the gangs and their sponsors is emboldening them.

“Our party charges the IGP and the DG of DSS to note that given the strategic status of Rivers State to the economy of our nation, our security forces ought to know that threats by feuding APC leaders and their gangs to cause a breakdown of law and order in the state must not be taken for granted.

“Nigerians are aware that the APC is sinking by the day, but it should not be allowed to drag the nation or any part thereof in its inevitable descent to abyss.

“The PDP therefore urged the Police and the DSS to take action by pulling in the leaders and sponsors of the gang, particularly those reported to be operating from Abuja, for questioning, especially as such individuals are alleged to be boasting that they are untouchable and that nobody can stop them from having their way in the state.”

Previous: APC members explained why they withdrew suit against gov Obaseki
Next: Why APC members in Edo should forget the past, suppport Ize-Iyamu- Chieftain