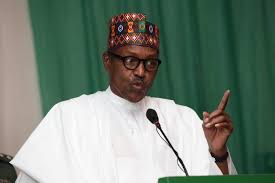 Chief Magistrate’s Court 4 sitting in Yola, Adamawa State on Monday, sentenced Youth Leader of the Peoples Democratic Party in the Hong Local Government Area, Ikamu Kato, to one year imprisonment for insulting the President, Muhammadu Buhari; and Secretary to the Government of the Federation, Boss Mustapha.

It was reported that the PDP youth leader was remanded in prison custody in a case allegedly instituted by loyalists of the SGF, under the aegis of Adamawa Concerned Citizens, headed by Husseini Gambo.

Kato was invited and arraigned before the court by the Department of State Services through the office of the state Attorney General last week.

Kato, said to be outraged by the Boko Haram attack on Dabna community, during which over 20 persons lost their lives, took to Facebook, to call out the SGF and Buhari over their failure to secure the lives of residents of his council where the SGF also hails from.

The Chief Magistrate, Dimas Elishama, after taking plea of guilt from Katoon Monday however convicted Kato and sentenced him to one year imprisonment, for the use of insulting or abusive words with option of N25,000 fine.

The magistrate said that the court had considered the plea of the convict to temper justice with mercy, his conduct during the trial, his apology, adding that he would not be left to go Scot-free, but be punished to serve as deterrent to others. Punch reports

Previous: PDP to Jega: You contributed in bringing ‘failed’ Buhari to power
Next: 2023 Presidency: PDP may be worse than APC- Lamido