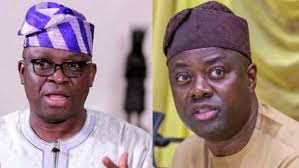 The leaders of the Peoples Democratic Party (PDP) has dragged the Oyo State Governor Seyi Makinde and ex-Ekiti State Governor Ayo Fayose to the committee set up by the opposition party to reconcile aggrieved members.

The Reconciliation and Strategic Committee is led by former Senate President, Olusola Saraki.

There has been disagreement between the governor and exgovernor over the control of the PDP in the Southwest.

The disagreement has caused schism in the planned congress in the Southwest.The move forced the  the PDP leadership to cancel the exercise

.A statement on Wednesday by the PDP spokesman, Kola Ologbondiyan, sathe legal tussle by the two camps loyal to Makinde and Fayose had affected the planned exercise.

”The NWC will meet on the outcome of this reconciliation meeting within the next 24 hours,” the statement said.

Previous: 2023 Presidency: Nwankwo reveals his vision as he declares intention
Next: Osinbajo knows Buhari has rendered him useless- Bambgbose 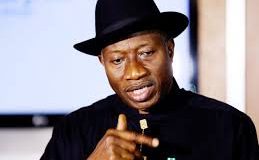 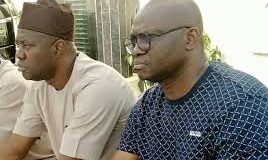 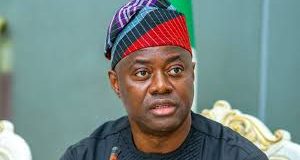