Buhari Media Organisation (BMO) described the horrific and heinous hacking to death of scores of innocent Nigerians in Plateau as the handiwork of dare-devil political opponents of the ruling All Progressives Congress (APC).

The organization made this known in a statement jointly issued by the Chairman of the organization, Austin Braimo and Secretary, Cassidy Madueke on Friday in Abuja.

The statement said opponents of APC wanted to replace the party’s recent successful National Chonvention with tears, sorrows and blood.

It added that the opposition People’s Democratic Party (PDP), was behind the “harvest of death in order to truncate the achievement of the APC and cast dark imagery on the season of goodwill of President Buhari’s political party.”

The statement said the carnage and brigandage was timed to meet the period that APC Delegates were returning home in Northern Nigeria through Plateau State; where they were waylaid and murdered in cold blood.

“This was done to tarnish the reputation of the President and cast the image of APC in bad light, just for the desperate opposition to gain some political advantage.

“It was also gathered that illegal road blocks were set up by the hired assassins to carry out their nefarious and dastardly hatchet act of man’s inhumanity to man.

“Almost 90 people were cut down in their prime near Jos, Plateau Capital,” it said.

“The APC today is laden with heavy hearts by the mass killing of innocent breadwinners, women and children, under the guise of herdsmen versus farmers’ unrest.

“BMO is appealing to Nigerians to show love to Mr. President and show avowed resistance to the unpatriotic people who are working hard to pull the President and his party down.

“The opposition PDP might have achieved its sadistic media objectives of casting pall on the APC and Federal Government, but doing that on a field soaked with human blood is regrettable and unpardonable.

“No amount of calculated distractions or ill-will would prevent President Buhari from fulfilling his electoral promises of security, unity, equity and development to Nigerians,’’ it said. 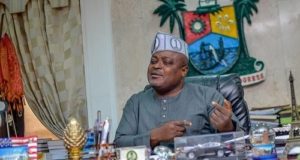 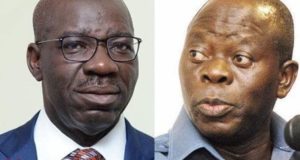