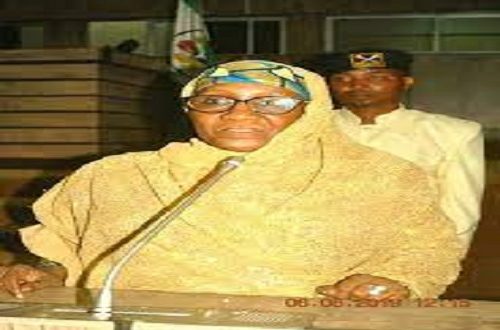 It was learnt that the commissioner did this as she announced her withdrawal from the Peoples Democratic Party (PDP) to join forces with the ruling All Progressives Congress (APC) ahead of the forthcoming 2023 general elections.

Former presidential aspirant and a chieftain of the APC, Adamu Garba, revealed this on Monday evening, alleging that Hajiya Abubakar dumped the nation’s opposition party alongside many others.

“Commissioner for Science and Technology in Sokoto State, Hajiya Kulu Haruna Abubakar resigns and dumps from PDP, joins the APC, alongside so many others.

“Sokoto is coming back to APC in 2023. You can write this down,” Garba noted via his verified Twitter handle on Monday evening.

Abubakar was part of a committee set up earlier by the PDP ahead of the 2023 general elections to screen and verify nominated deputy governorship candidates of the party in all 28 states where governorship elections are scheduled to be held across the federation.

Previous: INEC should probe alleged hoarding of PVCs in Lagos- Utomi
Next: I am determined to end insecurity- Obi promises supporters