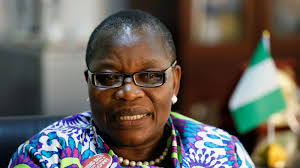 The Anambra State Governor-elect, Charles Soludo, has announced former Minister of Education, Obiageli Ezekwesili, as head of his transition team.

Soludo will be iinaugurated in March 2022 and  succeed the current governor of the state, Willie Obiano.

It will be recalled the former Governor of the Central Bank of Nigeria, won the November 6, 2021, governorship election in Anambra.

The renowned economist  who contested under the All Progressives Grand Alliance, APGA, defeated  Peoples Democratic Party’s Valentine Ozigbo and All Progressive Congress’ Andy.

It was learnt that the transition team would be inaugurated on January 20.

Ezekwesili, a former presidential candidate in the 2019 general election, is a political ally of former President Olusegun Obasanjo.