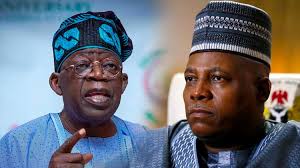 This is not 1993, Muslim-Muslim ticket uncivilized- CAC President

The President of Christ Apostolic Church (CAC), Worldwide, Samuel Oladele, has explained why the Muslim–Muslim ticket presented by the All Progressive Congress APC is dangerous for the country.

According to him, Nigeria is too civilized and advanced to have both the President and his Vice from the same religion.

He noted that the the same faith ticket by the national ruling party is unfair and not suitable for a uncivilised society.

Speaking during the 2022 pastors’ conference of the church at Babalola memorial prayer camp, Ikeji-Arakeji, he said Nigeria has moved beyond the same faith ticket, noting that we can’t compare now to the era of June 12.

He said: “Nigeria has advanced beyond the era of 1993. We cannot repeat what we did in 1993. The country has gone beyond that. We are a civilised nation with multiple ethnic groups and religions and everyone’s religion should be respected by the political class.

“No political party should take us back to 1993. The country has gone beyond that era. It is unexpected of any political party to present Muslims as both the presidential and vice presidential candidates. This is wrong and we will continue to tell the Church to do what is right and just.”

He called on  christians to vote for any candidate that will change style of governance that would bring positive change to the lives of Nigerians.

He lamented that security situation of the country, calling on Nigerians to protect  themselves as the government has failed to secure their lives.

Previous: Ayu and Tambuwal had planned to shortchange Wike- Jang
Next: Ganduje describes Tinubu as a man of integrity that Nigeria needs