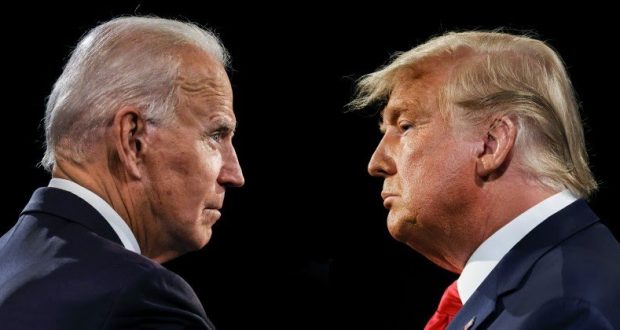 Trump vs Biden: US Attorney- General says no evidence of electoral fraud

US Attorney-General, Bill Barr, has said the Justice Department has found no evidence of significant voter fraud, which would be enough to reverse Joe Biden’s defeat of President Donald Trump in the November 3 election.

According to Associated Press, Barr made these remarks, as Trump’s campaign persists in trying to prove there was fraud in key states Georgia, Michigan, Pennsylvania and elsewhere.

Trump is hoping to prevent Biden’s win from being made official in the Electoral College on December 14.

“To date, we have not seen fraud on a scale that could have affected a different outcome in the election,” Barr said.

Trump’s lawyers have claimed everything from ballot-box stuffing and fake ballot printing, to thousands of dead people having voted, to vote-counting machines being programmed to favor Biden.

In several legal filings — all rejected by the courts — the Trump campaign has sought to invalidate millions of votes for Biden based on claims that lacked any evidence.

However, Barr said: “There’s been one assertion that would be systemic fraud and that would be the claim that machines were programmed essentially to skew the election results.”

“And the DHS and DOJ have looked into that, and so far, we haven’t seen anything to substantiate that

Previous: Umahi’s defection to APC has no economic value-Obi
Next: Why I named my twins after Buhari, ex-governor, says Nasaraea gov