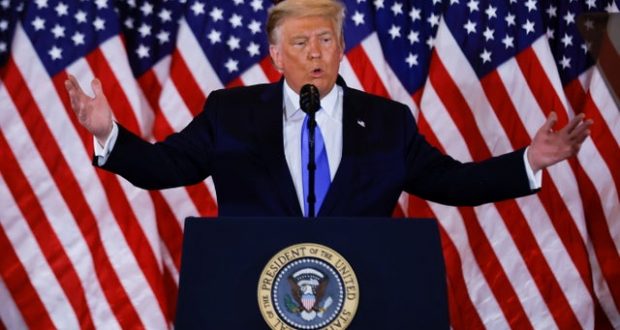 After six days of hand-counting ballots, the Georgia secretary of state’s office reaffirmed on Thursday that President-elect Joseph R. Biden Jr. had defeated President Trump in the state, which had long been considered a Republican stronghold, New York Times reports.

The Trump campaign asked Secretary of State Brad Raffensperger of Georgia, a Republican, for a full hand recount one week after Election Day. Mr. Raffensperger announced soon after that all 159 counties would participate in a “risk-limiting audit” that would include a hand recount. The audit of roughly five million votes was completed late Wednesday.

Though the result was something of a foregone conclusion, the recount took place amid escalating tension over the election outcome. The New York Times and other national news outlets called Georgia for Mr. Biden last week. But Mr. Trump has raised baseless accusations of fraud, and his allies — most notably Senators David Perdue and Kelly Loeffler, Republicans who are facing tough runoff races in the state in January — disparaged Mr. Raffensperger and accused him of mismanaging the election.

The process revealed a few significant hiccups in the process, with four counties — Floyd, Fayette, Walton and Douglas — discovering votes during the audit that were not part of the original count. Mr. Trump carried Floyd, Fayette and Walton Counties; Mr. Biden won Douglas County.

On Thursday, Floyd County’s Board of Elections voted unanimously to fire its chief election clerk, Robert Brady, according to Dr. Melanie Conrad, a board member. Mr. Brady was fired after officials found 2,600 ballots that were left uncounted before the county’s initial certification of votes.

Factoring in these newly discovered ballots, and others in counties with small discrepancies around the state, cut Mr. Biden’s lead by more than 1,200 votes. His revised margin of victory is 12,284 votes.

Most counties saw only minor changes in their tallies, with the recount vote totals differing by single digits. Patrick Moore, a lawyer for the Biden campaign, predicted on Wednesday that the results would show that “the president-elect has won the state of Georgia.”

The state has until Friday to certify the election results. The Trump campaign then has two business days to request a second recount, which would be conducted using high-speed scanners.

Previous: “Join APC now, PDP doesn’t respect zoning,”- Group tells Southeast governors
Next: Lawan to Nigerians: Vote us out in 2023 if you don’t like our faces