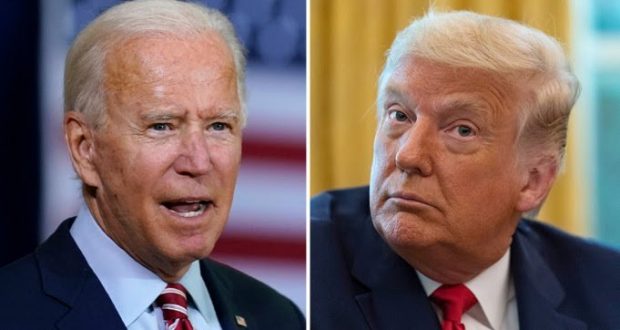 Former Vice President Joe Biden is now leading President Donald Trump in Georgia, a stunning turn of events in a once reliably Republican state that Trump must win in order to clinch reelection, CNN reports.

Biden jumped ahead of Trump by 917 votes just after 4:30 a.m. ET Friday. The former vice president’s surprising strength in Georgia stemmed from huge turnout from Black voters in Fulton County and other suburbs around Atlanta, fatigue with Trump in Georgia’s fast-growing suburbs — which have become increasingly young and diverse in recent years — and assiduous work over more than a decade to boost Democratic registration in the state.

No Democratic presidential nominee has won the state since Bill Clinton in 1992. Clinton narrowly defeated former President George H.W. Bush in that state in part because he and Bush were in a three-way race that included Ross Perot, an independent candidate for the presidency

The race was tightening dramatically Thursday night not only in Georgia but also in Pennsylvania, another state the President cannot afford to lose if he is to keep alive his hopes of a second term.

The momentum of the race has shifted in Biden’s favor — putting him on the doorstep of the critical threshold of 270 electoral votes needed to become president — as he has racked up huge margins among mail-in ballots favored by Democratic voters. As the drama unfolded across the country, the President’s allies launched legal challenges and floated conspiracy theories while Trump tweeted “Stop the Count!”

Tight races are also going into overtime in two other states that could influence the destiny of the race, Nevada and Arizona.

Biden so far has 253 electoral votes and the President has 213, according to CNN projections.

Pennsylvania, the state that could take Biden over the 270-vote threshold, could complete most of its outstanding counts on Thursday or Friday, officials there said. The former vice president is only behind Trump by a little more than 26,000 votes in the Keystone State after having trailed at one point by more than half a million ballots in the hours after polls closed. Tens of thousands of votes — most of them from strongly Democratic areas, including around Philadelphia — remain to be counted.

Previous: Buni-led APC sets to commence membership registration
Next: US 2020: Biden expresses optimism, says he has started preparing for work