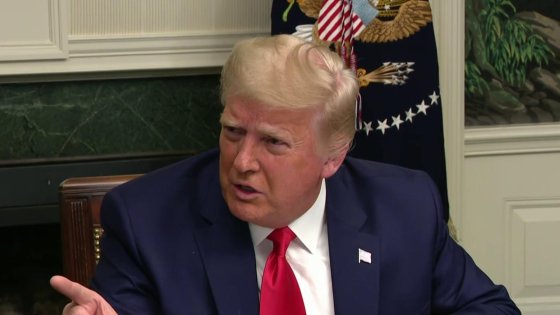 A day after Pennsylvania’s highest court had thrown out a lower court’s order preventing the state from certifying results from the 3 November US elections, Donald Trump blasted the judges’ decision.

Acccording to TheGuardian uk, Saturday’s case – which had attempted to throw out 2.5m mail in votes in the crucial state – was the latest of dozens of failed lawsuits by Trump’s lawyers, with judges castigating his lawyers for failing to present evidence of fraud.

With states certifying results, Trump has an ever dwindling route to contest the election as Joe Biden pushes on with preparations for his inauguration as president on 20 January and recruits the team for his administration.

However, on Sunday in his first media appearance since losing the presidential contest to his Democratic rival, the president phoned into Fox News to blame the courts for his campaign’s so far unsuccessful legal challenges, which are based on a series of debunked conspiracies alleging widespread voter fraud.

“We’re not allowed to put in our proof. They say you don’t have standing,” Trump told Fox’s Sunday Morning Futures.

“We have affidavits, we have hundreds and hundreds of affidavits,” Trump added, noting he’d “file one nice, big beautiful lawsuit” without providing any details on the supposed “tremendous proof” attorneys have.

In the 20 days since polls closed, Republicans and Trump campaign officials have leaned into claims, without evidence, that some states allowed voters to turn in ballots after election day.

His interview comes after weeks of legal challenges from the Trump campaign in battleground states including Pennsylvania, where the underlying lawsuit was filed months after the law allowed for challenges to Pennsylvania’s year-old mail-in voting law.

The defeat on Saturday followed Friday’s decision by a federal appeals court to dismiss a separate challenge to the Pennsylvania result and back a district judge who likened the president’s evidence-free and error-strewn lawsuit to “Frankenstein’s monster”.

The president’s legal team, led by former New York mayor Rudy Giuliani, had also demanded recounts in states like Georgia, Wisconsin and Michigan, alleging that vote-counting machines were rigged in an elaborate scheme in which even the justice department, FBI and the federal court system were complicit.

But none of these claims are true. In fact, Trump’s own legal team has never formally challenged elections results in any state court through substantiated claims of fraud

Previous: 2023: I did not join APC to negotiate Presidency- Umahi
Next: Ndume to Jonathan: I am sorry for criticising your govt