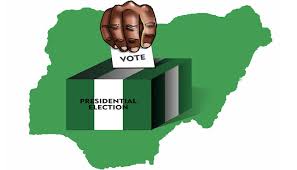 We have structures for e-transmission of election results- INEC Insists

The electoral umpire, the Independent National Electoral Commission (INEC), has insisted that it has developed adequate structures and processes that can ensure the successful transmission of election results electronically.

The body made this remark bn its “Position Paper No.1/2021 Electronic Transmission of Election” released on Saturday, in Abuja.

It stated that the available national infrastructures, including mobile network coverage, were adequate to provide for electronic transmission of election results.

“The technology and national infrastructure to support this are adequate.

“Consequently, if the choice was up to INEC, the commission prefers to transmit election results electronically once the necessary legal framework is provided,” it said.

The aim of the position paper, according to INEC, was to explain the desirability of electronic transmission of results as an electoral reform issue in Nigeria today

It added that it was also to clarify the position of INEC on some of the central issues around e-transmission of results.

“To build a consensus on electronic transmission of results as an electoral reform issue based on a shared understanding of its desirability towards the 2023 general election,” is also another reason, INEC explained.

INEC added that for over a decade it had piloted the electronic transmission of election results via Short Messaging System (SMS) for off-cycle and bye-elections in 2011.

“The second system piloted for the 2011 General Election was called the e-Track. The idea was to use handheld scanners to scan all polling unit results and send them as PDF files to a backend for processing and publishing.

“Unfortunately, the commission’s staff deployed for that purpose did not scan many of the results, while some of the scanned results were not legible,” it said.

Previous: Oyo PDP: Makinde laments crisis, urges members to unite
Next: Why APC will rule Nigeria for the next 40 years- Alimodu Sheriff