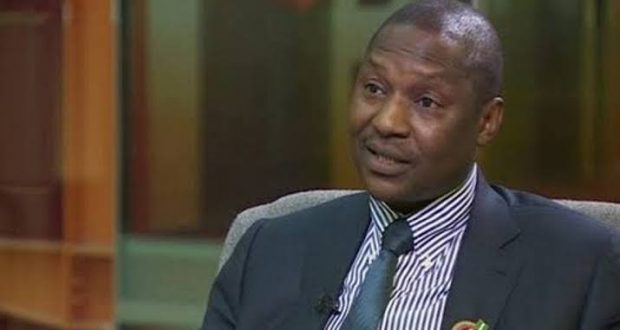 “You have no power to invite Buhari,” AGF tells House of Reps

Attorney-General of the Federation (AGF), Abubakar Malami has reacted to the invitation given to President Mohammadu Buhari by the National Assembly.

He said that the house lacks power to enforce the presence of the President to the legislative house.

The nation’s law officer disclosed this on  Wednesday via a statement titled ‘Buhari’s Summon: NASS Operates Outside Constitutional bounds.’

The AGF said, “National Assembly has no constitutional power to envisage or contemplate a situation where the president would be summoned by the national assembly on the operational use of the armed forces.”

Acccording to him, the the decision to honour or not to honour the invitation is at the discretion of the President and not not at the behest of the National Assembly.”

Recall that the lower legislative chamber House of Representatives had passed a resolution, calling on the President Buhari to brief the house on the true state of insecurity situation in Nigeria.o