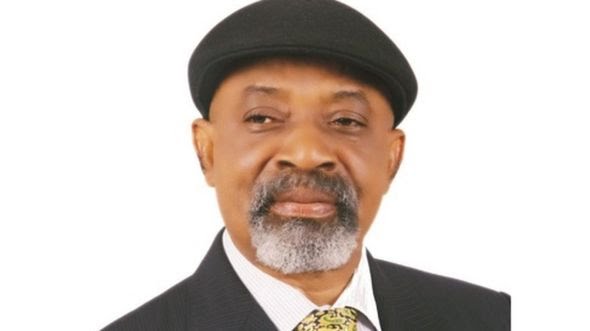 The Minister of Labour and Employment, Dr Chris Ngige, has hinted that he might contest for presidency in 2023, saying that he has the right to be the nation’s first citizen

Ngige made the remark while dismissing reports that he was interested in contesting for the Anambra governorship election billed for next year.

He spoke in his hometown of Alor, Idemili South Local Government Area of Anambra State, on Sunday.

Ngige, who was a former one term governor of the state, however, declared that he has no interest in becoming governor because he’s on a national assignment as Minister.

Ngige said: “Yes, there have been speculations that I am eyeing the governorship of Anambra State. They have written about it in a lot of media. I am a politician. They have the right to speculate on my next move. My next move is very vast.

“Elections will come in 2023, I have a right to vie for any position. I can vie for Senate.

“I can vie for president if I so wish. Election will be coming in Anambra State, latest November 2021 to elect a successor to Obiano. I am not disqualified. I have a right to say I can run.

“I don’t have interest for now in Anambra governorship because I am on a national assignment.

Previous: 2019 Poll: Wike releases N450m to victims of ‘bloody elections’ in Ijaw communities
Next: Ondo 2020: I will not step down for Akeredolu, Hon Kekemeke vows