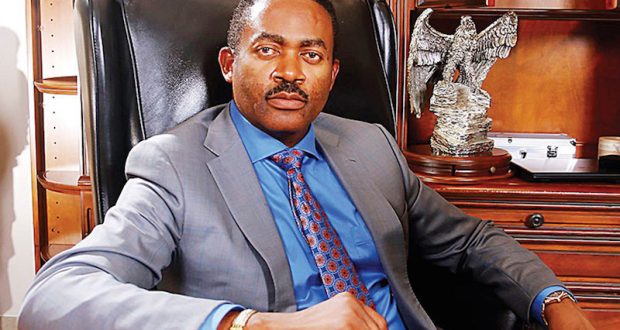 Anambra Poll: I dumped PDP for Accord Party because of fraudulent primaries- Maduka

Godwin Maduka who was a former Peoples Democratic Party, PDP, governorship aspirant in Anambra State, has given details why he dumped the party for Accord.

Maduka, owner of Las Vegas Pain Institute, said he left the PDP because they showed signs of unseriousness.

The US based businessman addressed s press conference in Awka, where he was formally received into Accord.

Maduka is now the new governorship candidate of Accord, said that he was disappointed during the primary election day when the list of delegates changed three times, leading to his loss of the ticket of the PDP.

He said: “I have no problem with PDP, they are still my friends, a lot of the members are now here (Accord) with me, and I know that on that election day, they will vote for me.

“When that happened, I decided I will look for another party because the PDP did not seem to me like they were serious. It was in the process of searching for a new party that I found Accord.

He said, “As a medical doctor, I am already making plans to ensure that world class medical facilities exist in Nigeria, so that medical tourism can end.”

Previous: Okorocha in more Trouble as court rejects plea to stop take-over of his property
Next: APC gets petitions from 14 states after Ward Congresses