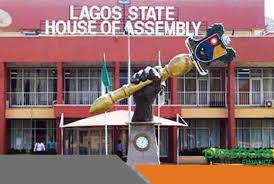 Lagos Assembly reduces pensions of ex-Governors by 50 per cent

Lagos State House of Assembly, has approved the report of its Committee on Establishment, which recommended the reduction of pensions to former governors and other officials by 50 per cent.

The committee also removed the provision of houses in Abuja and Lagos for former governors as stipulated in an earlier law operated by the state, went further by reducing the number of vehicles to be made available to former governors and their deputies.

Speaker of the House, Mudashiru Obasa suggested that former governors should get two vehicles (a car and a van) instead of three as recommended by the committee.

Obasa said further that the amended bill should provide that the cars be changed every four years instead of the three years recommended by the report.

While some of the lawmakers, at plenary, had suggested an upward review of the pension for the affected public office holders by 75 per cent, others urged that the pension remains as stipulated in the old law.

Reacting, Obasa argued that it should be left at 50 per cent, especially as the report had recommended the removal of houses and reduced other benefits.

He noted the argument of his colleagues that the projected downward review of the pension for the former governors and others could also be affected by inflation and other economic considerations but reminded them that the House must meet the wishes of the people, one of which is a cut in the cost of governance.

Previous: Atiku to PDP: We don’t need crisis now, Nigerians want us to take over in 2023
Next: Okorocha, Ganduje, others advise Buhari on how to handle agitations